Explore Game Of Life, a cellular automaton created by John Conway in 1970 with this highly customisable open-source implementation.

Download on the App Store View source on GitHub 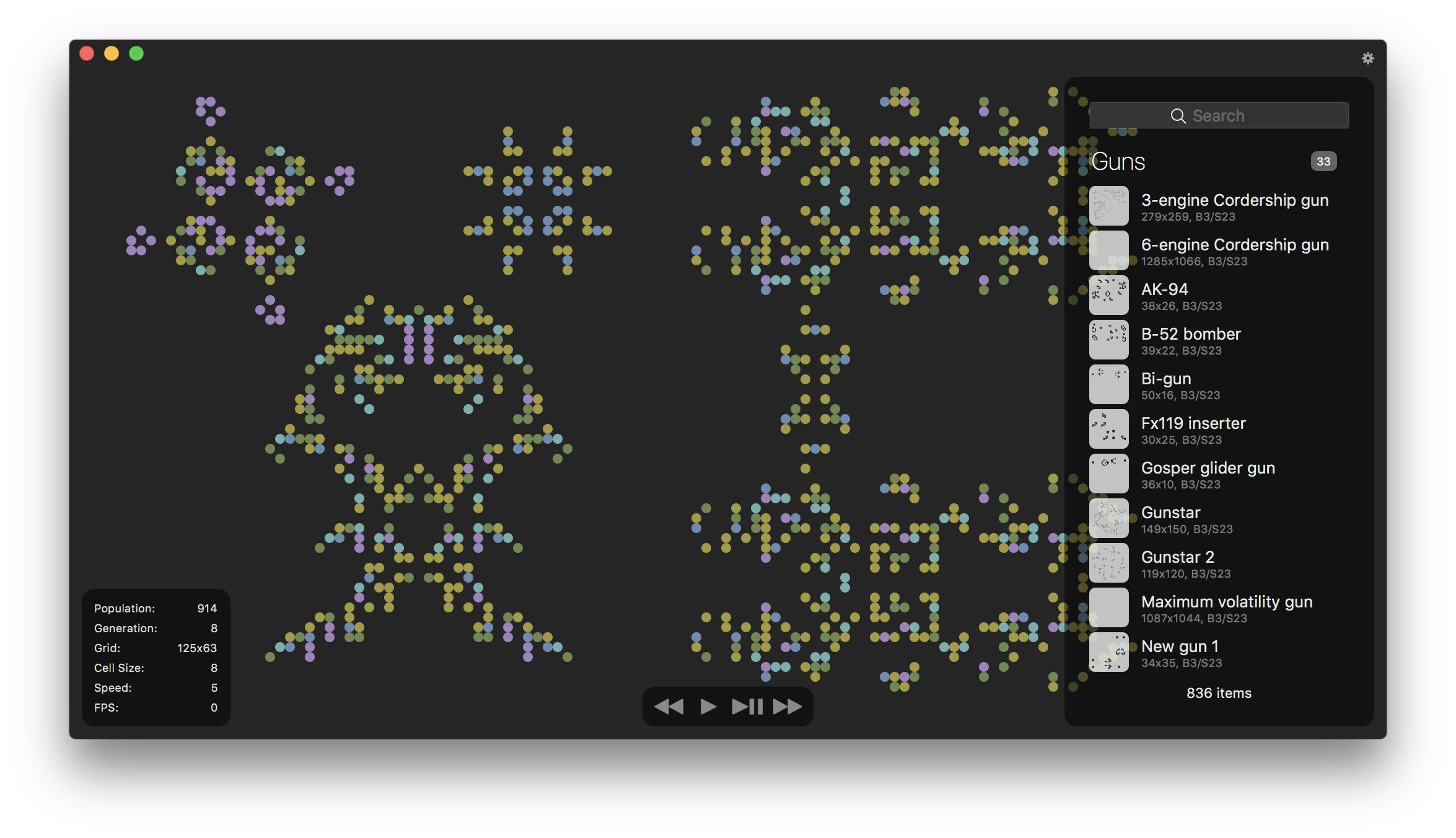 The Game Of Life was created in 1970 by mathematician John Conway.

It consists of a two dimensional orthogonal grid of cells, each of which being alive or dead.
Cells evolve at each turn following simple rules:

Library of 800+ common patterns, which can be expanded.

Customisable rules, for exploring beyond the classic Conway's rules.

Open and save files as RLE (run length encoded).

Live drawing and simple drag & drop from the library.